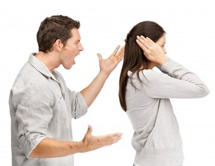 People who talk a lot about empathy and attachment security make me nervous.

This article first appeared on PsychologyToday.com.

An “Idea To Ponder” from Intimacy & Desire

The current (May 2012) edition of Psychology Today has an article featuring my work, describing how I deal with partners’ unacknowledged anger, hostility, and hatred. I also published an article in Psychotherapy Networker magazine (Nov. 2011) about a couple in which a man tortured his wife with his own rapid ejaculation, twice a week for over 25 years. So I want to start off by telling you I’m actually a pretty nice guy. You can even ask my wife, daughter and parents. They are all honest, kind, decent people—arguably even more so than me—so they know the difference.

I didn’t start focusing on partners’ animosities out of a personal agenda, a sad childhood or a bad marriage. I don’t have a jaundiced view of human nature. I developed a therapy that speaks to the best in people. But I’m not blind to the worst in them. I think trite dictums like “People always do the best they can at the time” trivializes goodness by taking it for granted, minimizing how hard it is to do the best you can, and blinding us to the ugliness of those who frequently don’t.

Seeing the worst in people celebrates the best

I’ve come to this balanced view of love relationship through experience and necessity. I specialize in working with exceedingly difficult couples, especially those with long-standing marital and sexual problems who previously failed in treatment. It’s not uncommon for them to tell me they are best friends but not lovers. I’ve learned to respond that it apparently isn’t a good thing to be either partner’s best friend. When some profess they certainly aren’t rageful at each other, I suggest they may need a different therapist, because I don’t work with couples who repeatedly deny the obvious.

People who refuse to acknowledge their own hatred, vindictiveness, and punitiveness are the most pernicious people to those they love. You can’t learn to control hostile impulses you won’t acknowledge having. The problem isn’t the urge to be mean, because everyone has this at some point. Problems arise when you deny it, because you’re more likely to act it out. It’s better for everyone if you accept a picture of yourself having a malevolent side. Then if you’re wrong, there’s no harm, no foul. When you indulge yourself in a glorified self-perception, other people pay the price when you are mistaken.

All around the world

People who espouse the necessity of non-stop empathy in marriage, unconditional positive regard, and the central importance of attachment security, make me nervous. You don’t have unconditional positive regard for a spouse who lies to your face, steals money from your wallet, goes through your personal papers, treats you with contempt, or has affairs. You don’t empathize with a mate who won’t get a job, won’t do the dishes, or won’t grow up, and expects you to live within his or her limitations. And it’s just as (if not more) important to be able to stand on your own two feet with your partner, as it is for him or her to make you feel safe and secure. Especially if depending on your partner is like leaning on a rubber crutch.

This is very much on my mind as I’m currently in Germany training therapists for several weeks. I’ve been training in Western Europe and Scandinavia for over a decade, and it’s broadened and deepened my understanding of how therapists don’t recognize emotional mayhem in their clients’ and their own relationships. Anger and hostility between partners is ignored or overlooked, and real cruelty generally goes unconfronted. Not all therapists, certainly, but enough that this represents a silent mental health crisis.

I’ve reviewed countless case write-ups from therapists and listened to recordings of their sessions, so I know what I’m talking about. Often the cruelty is blatantly obvious but the therapist acts oblivious. How obvious? How about a case of a wife who doesn’t want to have sex with her husband and avoids him for months. When she finally agrees to sex, she wants to stop after she has her orgasm. When her husband (who hasn’t finished) wants to continue, the wife protests she feels “abused and used.” The therapist says nothing because she truly doesn’t recognize this as cruel. The wife claims to be the victim, and the therapist does not consider perhaps the wife is perpetrating on her husband from the victim position. I’m not saying the husband was a saint, far from it. He was inconsiderate, belittling and indifferent to his wife. The point is both wife and husband were cruel to each other. But in Europe, therapists generally do not address anger in relationships, and don’t know what to do when it surfaces. Most of all, the unwritten rule is therapists do not confront women—especially about cruelty. If anyone gets confronted, it is usually the man. I’m not saying women are more cruel than men, society is just more loath to see it in women.

A case in point

Here, as in America, attachment-based therapy prevails. At one workshop a female therapist told me she hadn’t had sex with her husband in 5 years, and with obvious distain she said she had no intention of changing. When I asked how she planned to handle the disparity between her personal and professional lives when treating couples’ desire problems, she demanded to know what I meant. “What about empathy for your husband?” I asked. “You’re an attachment therapist. Is this supposed to make him feel safe, secure, and valued?” “My marriage is none of my clients’ business!” she haughtily replied.

This reminded me of a therapist and his wife who consulted me for marital problems. The man described himself as a “holding therapist,” meaning a significant part of his therapy involves having partners hold each other and establish “safety and attachment security.” As we delved into their marriage, his wife said she felt sexually inadequate . When I asked how this came to be, she said her husband frequently had sexual affairs with other women but refused to have sex with her. She indicated she was eager to have sex and capable of being good in bed. When asked why he didn’t have sex with his wife, the husband laughed and said, ‘That’s a very good question!” He was treating his wife cruelly, torturing her with sex, while encouraging other couples to make each other feel safe and secure. Although it is heresy to suggest a therapist’s marriage should be his or her clients’ business, therapists can’t be relied upon to have better relationships than their clients do.

I wish it were true that therapists who espouse empathy between spouses were themselves particularly empathic. All I have to do is question the sanctity of attachment-based therapy and their empathic façade transforms into the animosity reserved for burning heretics at the stake. No doubt some therapists think I’ve had my empathy surgically removed. But me, I’m uncomfortable around those who talk too much about childhood wounds and abandonment fears, and don’t acknowledge the dark side of themselves or their clients. Or who propose good people do bad things because they themselves were wounded. When people act like they are filled with nothing but kindness and compassion, I get nervous. Personally, I prefer cannibals with an obvious bone through their nose. It’s easier to see them coming.

When therapists refuse to acknowledge their own malevolence towards those they love, they overlook this in their clients and encourage similar denial. My real focus here is not therapists per se, but rather, countless couples who torture each other in ways large and small. If you’re going to torture your mate, sex seems to be one of the most popular ways to do it, whether it’s by the partner who wants more sex or no sex at all. It’s so common I coined a term: Normal Marital Sadism, referring to emotional mayhem that occurs far more frequently than reportable acts of domestic violence.

Couples and therapists alike prefer to focus on attachment security rather than Normal Marital Sadism. Back the United States, the Time magazine article on “attachment parenting” is receiving great attention. Some mothers are proudly declaring their deep abiding nurturance and undying devotion to their child, showing up as breast-feeding on demand and letting the child sleep in the parents’ bed long into childhood. Whether such women are indulging themselves rather than their children merits consideration. So does the possibility they are cruel to their husbands, setting these men up to compete for attention, affection, status and time on the breast. 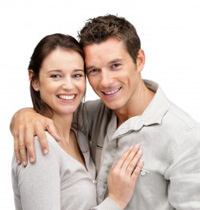 Do everyone a favor

Therapists who attend my professional trainings frequently have two reactions: They are more willing and able to recognize hostility, emotional combat and cruelty in their clients. And they are nicer to their partner because they now see it in themselves. One female therapist surprised everyone by announcing henceforth she would stop having affairs. We all knew we were watching the best in her stand up.

So whether you’re a mental health professional or a “civilian,” do everyone a favor: Realize you’re living with an emotional terrorist. Someone who occasionally (or frequently) does things knowing it will hurt someone else, and feels entitled rather than guilty. Someone who can be vindictive, punitive, and withholding. After you realize you have to deal with this kind of person day after day, you can turn your attention to your mate’s flaws too.