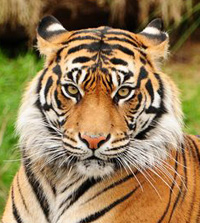 Watching The Best in Tiger Stand Up

Before I found the Internet video of Tiger Wood’s public statement, I passed through a river of media commentary about whether or not Tiger was telling the truth. There was even an FBI profiler assessing if Tiger was lying. I was struck by how the media was shaping reality: No one considered whether or not this was the pertinent question. I think a more appropriate expert to answer the really relevant questions would be a really savvy priest or rabbi.

Watching Tiger’s statement was interesting because I watch powerful wealthy people, public figures and celebrities apologize for affairs all the time. They do it in my office in the course of marital therapy. I have to decide what they’re doing on a daily basis.

A practice-full of “Tigers” has taught me that the question of “lying or not” is not the lynchpin issue. Studying Tiger from this perspective helps him not a wit. It interferes. When my “Tigers” think I’m watching them from this angle, I can’t help them, because we don’t have a collaborative alliance. And if, indeed, I were doing this, I would be leading them astray.

When clients ask if I think they are lying or not I tell them this is not the issue. Ceasing to lie doesn’t provide the necessary solution. Neither does just telling the truth. Some clients achieved power, money, and status through exceptional ability to use the truth to tell a lie. All good liars and manipulators include piles of truth to accomplish or cover something nefarious.

I am useless if I sit there trying to insure they don’t beat my radar. This is easy to fall into with known liars and wheeler-dealers. But I have to be watching for something entirely different: Does the best in them stand up? Without that, all the good behavior in the world is just a collection of “parts.”

So I wasn’t looking for whether or not Tiger Woods was lying. If he is, he’s in bad shape, and if he’s not, he’s not out of the woods. He could end up, like so many people, spending the rest of his life trying to keep himself out of trouble. For someone of Tiger’s potential, this is an unfortunate-but-common waste.

For Elin to get what she wants with Tiger, and for his children to have the kind of father Tiger says he wants to be, it isn’t enough for him stop having affairs or lying. If he spends the rest of his life in “recovery,” neither Elin nor his kids get the husband or father they deserve: You can’t make amends by what you “don’t do,” you do it by becoming the solid person you weren’t. The only way this happens is by the best in you standing up, “taking the hit” of confronting who you are, and making the world a better place through the person you become. Doing all the good deeds in the world isn’t the same as becoming a good person.

So I asked myself, “Was the best in Tiger standing up?” Although he isn’t my client, I found myself responding as if he was. I smiled to myself and nodded.

I base this on years of watching people who have tarnished, diminished, and debased themselves, violated their principles, jeopardized their life’s work, and dropped their alliance with everyone who loved or respected them. I’ve watched some fail to pull their lives together. I’ve watched many succeed. Without these successes, wading through the sewerage of peoples’ lives day after day would demoralize me.

It would be overstating things to say I believe in Tiger Woods. Tiger has no reason to believe in himself until he re-earns his self-respect. I believe in the indomitable human spirit and our ability to pull ourselves out of the muck of our lives. This is not the belief Martin Luther King Jr. referred to as taking the next step when you can’t see the top of the stairs. I believe in human decency because I watch it rise like the phoenix from the ashes of people’s life.

I’m not giving Tiger the benefit of the doubt. I’m giving him the benefit of not doubting him. I am not being naïive, blind, or Pollyanna-ish. (My clients would laugh at the thought.) I am being self-serving. I want Tiger to succeed. This gives him his best chance of success. Taking a jaundiced stance towards him is the stupidest and most self-defeating thing we could do.

Tiger has the chance to be a bigger champion than anything he’s accomplished to date. For him to become the man he pretended to be—the man we all wanted to believe him to be—would surpass all his accomplishments, power, and wealth. Watching people pick themselves up after throwing themselves away, refuse to give up, and refuse to denigrate themselves any longer is a spiritual event. It motivates us all to be better. Watching Brittney Spears go through rehab one more time is not going to help us.

That’s why I’m quite willing to say: Go get ’em, Tiger.