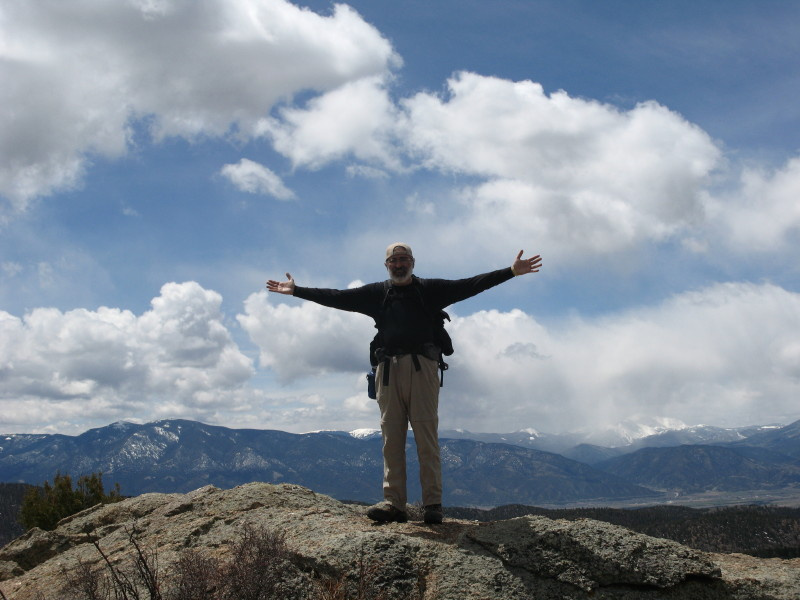 David Schnarch, born in the Bronx, NY on September 18, 1946 to Stan and Rose Schnarch, died suddenly at his home in Evergreen on October 8, 2020.

David lived an international life and deeply loved coming home to his privacy in Evergreen. He thought his view of Mt. Evans and the nature he was surrounded by were absolutely gorgeous and often spoke of places around the world as “beautiful, but not more than home.” David is remembered by those closest to him as having a wry sense of humor, as a generous and honest person, and as someone who loved to laugh and be with family. Despite his immense academic and professional accomplishments, David was very quiet and humble with those who knew him best.

David was a graduate of New York University, achieving his MA and Ph.D. from Michigan State.  His early career included a one-year appointment as a visiting professor at Indiana University followed by 17 years at Louisiana State University Medical School. David rose to associate professor in the Departments of Psychiatry and Urology.

He and his family relocated to Colorado in 1995 where David and Ruth started the Marriage and Family Health Center in Evergreen.  They provided psychotherapy and intensive therapy to people from around the world as well as locally.

David also offered professional training to psychologists and mental health professionals on how to utilize one of his greatest contributions to the field of psychotherapy, the Crucible Approach®.  According to a 2011 article in Psychology Today, “The Crucible Approach is widely regarded as the most sophisticated integration of sexuality, intimacy, spirituality, personal development, and marital therapy developed to date.”

His wife, Ruth, explains that the approach was so named because it is considered a hard test or challenge that one must go through to become the best you can be, based on integrity.  This approach emphasized “differentiation,” which, Ruth explains, is the process of being able to have close connections with people who are important to you while simultaneously holding on to one’s sense of self.

David had published five books, including: Constructing the Social Crucible:  An Integration of Sexual and Marital Therapy; Passionate Marriage:  Keeping Love and Intimacy Alive in Emotionally Committed Relationships; Resurrecting Sex:  Resolving Sexual Problems and Rejuvenating Your Relationship; Intimacy and Desire; and Brain Talk.  His books have been used and cited extensively in research and education in his field as well as being highly acclaimed resources for the general public. Many of David’s books have been translated into more than six languages.

David had earned a reputation for being one of the preeminent authorities in sex and marital therapy internationally and saw patients in Evergreen from all over the world.

He was the first recipient of the Professional Standard of Excellence Award in 1997 by the American Association for Marriage and Family Therapy (AAMFT). In 2011 he was recognized by AAMFT with the Outstanding Contribution to Marriage and Family Award.  David has been featured in television, radio, and print media around the globe. He’s been the subject of a one-hour feature on national, prime-time TV: NBC’s Dateline, which was filmed over a week’s time in Evergreen in 2006.

In 2013 he was selected to receive the American Psychological Association (APA) Award for Distinguished Professional Contribution to Independent Practice for his full body of work as a clinical psychologist over the last 20 years and as founder of Crucible® Therapy.

He’s also been featured in Town and Country Magazine and CNBC-TV Real Personal and has appeared on Today and Good Morning America, and in USA Today, The Washington Post, Associated Press, Family Therapy Networker, Psychology Today, Self, Shape, and Mirabella.

His work has been cited in Mademoiselle, Cosmopolitan, Ladies Home Journal, McCall’s, Glamour, Redbook, and other magazines.

In 2012 David became Board Certified in Couples and Family Therapy, the highest achievement in the field, putting him in a very small category recognized by the American Board of Professional Psychologists. The competency-based designation made him 1 of about 200 in the United States to hold that distinction at that time.

David was deeply dedicated to not only his clients but to his students around the world. The life-long career that David and Ruth poured into their trainings for younger therapists was very meaningful for them both. Ruth and Sarah are dedicated to continuing that mission and keeping the Crucible Institute alive.

Although David loved traveling all over the world for work and fun, he was always gleeful to return back home to his beloved Colorado. He spent his free time hiking and backpacking in the summers and skiing and ice skating in the winters. David could often be seen as one of the first skaters early in the morning on Evergreen Lake.

He will be deeply missed by many.