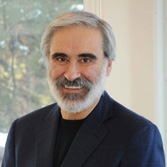 David Schnarch, Ph.D. (Dr. David) is Director of the Crucible Institute. He is a licensed clinical psychologist, world-renowned sex and marital therapist, and international best-selling author. He is a Certified Sex Therapist (Diplomat status) by American Association of Sex Educators, Counselors, and Therapists (AASECT). He chaired the Professional Education Committee and served on the Board of Directors for eight years, and received the first AASECT "Professional Standard of Excellence" Award. Dr. David is also a Clinical Member of the American Association for Marriage and Family Therapy (AAMFT), serves on the editorial board of AAMFT Journal of Marriage and Family Therapy.  He received the 2011 AAMFT "Outstanding Contribution to Marriage u0026amp; Family Therapy Award" for long-standing contributions to the field. For seventeen years he was an Associate Professor in the Depts. of  Psychiatry and Urology at Louisiana State  University Medical  School.
In 1991, Dr. David wrote the landmark book, Constructing The Sexual Crucible: An Integration of Sexual and Marital Therapy(W. W. Norton u0026amp; Co.). Sexual Crucible is used in clinical training programs across the country and read by therapists around the world. He is the founder of Crucible® Therapy, regarded by many as the most sophisticated integration of sex, intimacy, spirituality, personal development, and marital therapy developed to date.

His second book, Passionate Marriage: Keeping Love and Intimacy Alive in Emotionally Committed Relationships (W.W. Norton u0026amp; Co., 1997; Owl Books, 1998) is a perennial international best seller. It sold over 300,000 copies in the U.S.A. before being re-released this year by W. W. Norton u0026amp; Co. (May, 2009). It has been a hit in Germany for the last three years in both hardcover and softcover.

His third book, Resurrecting Sex: Resolving Sexual Problems and Rejuvenating Your Relationship (HarperCollins, August, 2002), helps people who have problems with sexual dysfunctions (arousal, erections, or orgasm) for psychological, interpersonal and medical reasons.
His fourth and latest book is Intimacy u0026amp; Desire: Awaken the Passion in Your Relationship. (Beaufort Books, October, 2009). Released in German translation as Intimität und Begehren: Erwecken Sie die Leidenschaft in ihrer Beziehung! (Stuttgart: Klett-Cotta Verlag, 2011). Intimacy and Desire offers the first explanation why normal healthy couples have sexual desire problems, and show you how to turn them into personal growth, intense desire and profound intimacy. Integrating modern brain science with 30 years of clinical experience, this is a cross-over book for the general public as well as therapists and counselors.

Dr. David has been the subject of feature articles on NBC-TV Dateline, Town and Country Magazine, and CNBC-TV Real Personal. He has appeared on Today, and Good Morning America, and in USA Today, The Washington Post, Associated Press, Family Therapy Networker, Psychology Today, Self, Shape, and Mirabella. His work has been cited in Mademoiselle, Cosmopolitan, Ladies Home Journal, McCall’s, Glamour, Redbook, and other magazines. He’s been featured in television, radio, and print media around the globe.

The Crucible® Institute is devoted to advancing the art and science of differentiation-based health care.